Corporate power has long influenced compliant Montana politicians, and though the names and corporations have changed, the trend of government facilitating corporate monopolies in Big Sky Country remains strong.

Montana government gave way to the dictates of copper interests from the time the gold and silver mines played out in Butte, when Marcus Daly figured out how to put the other ore under the Richest Hill on Earth to good use. After the dust settled in the infamous War between the Copper Kings, the Anaconda Company, originally formed by Daly, ruled supreme on the Hill and beyond.

The term Copper Collar came into use in the late 1800s to describe a person, another company, or government official under the thumb of the Anaconda Company. By then, Montana government had already allowed the Anaconda Company to place a virtual stranglehold around the Treasure State, and in the halls of the State Capital, the Copper Collar meant money, influence, and political power. The Company had a direct influence on every election in Montana until after World War II. Before the War, it was said that Anaconda “has only lost one governorship since statehood [1889].” 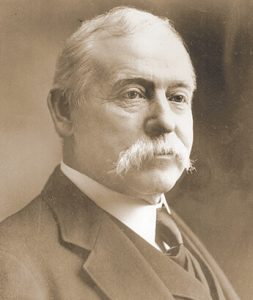 “Give me a case of Scotch, a case of gin, one blonde and one brunette, and I can take any liberal,” one Company lobbyist said of the pre-World War II Montana Legislature, according to author John Gunther, who in 1947 penned Inside U.S.A. The nonfiction book relates Gunther’s observations about American life as he traveled through all 48 states beginning in 1944. He spent 13 months interviewing people ranging from working stiffs to politicians and business leaders. Gunther wrote that the Anaconda Company had “a constrictorlike grip on much that goes on, and that Montana is nearest to a ‘colony’ of any American state…”

Part of that “constrictorlike grip” the Company had on the Treasure State was wielded by the Montana Power Company. Montana Power was founded by the then-president of the Anaconda Company, John Ryan, in 1912, through acquisition and consolidation of the state’s hydroelectric facilities. The two entities were sometimes referred to as The Twins, or simply, The Company―they even used the same legal counsel. And Montana Power provided Anaconda (and the rest of the state) with the bulk of their electricity needs. It was a convenient corporate relationship with benefits.

That relationship began to sour in the 1950s. The Anaconda Company was no longer the biggest consumer of Montana Power’s electricity by that time. It had also become a huge corporation with interests across the globe, most notably in Chile, where the Company’s Anaconda mine was located. Political shenanigans were not good for corporate public image, and in fact Anaconda had already begun to distance itself from direct political involvement by the time Ryan died in the ’30s. Montana Power had no such qualms about legislative arm-bending, though they operated a bit more discreetly than the Anaconda Company did in the old days. Other economic forces, such as the timber industry and big oil, emerged in the Treasure State in the 1950s, contributing to the changing economic landscape of the state―Anaconda was no longer the lone big dog. Friction between Anaconda and Montana Power resulted in The Twins giving up shared legal counsel, and after the Company resisted a Montana Power rate hike in the 1960s, the split was irreversible.

By that time, the Montana Power Company had become the most powerful political force in the state. It successfully lobbied against cooperative power, against air and water pollution control standards, and also managed to keep complete control of Montana’s Public Service Commission, which determines the rate at which power is sold in the state. And Montana Power made sure its presence was known and felt by legislators. Unlike their political predecessors at the Anaconda Company, to whom party lines made no difference, Montana Power focused their pressure on the Republican side of the aisle. The utility company kept its political muscle flexing until the end of the 20th century.

The end of the 20th Century was also the end of the Montana Power Company as an energy supplier to the state. It was the heyday of de-regulation in the energy industry nationwide in the 1990s, and a Montana Republican, Gov. Marc Racicot, put the final signature on the legislation marking energy deregulation in the Treasure State in 1997. Curiously, Montana Power was the entity desiring deregulation, contrary to its monopolistic interests, and which in theory would lead to more choice and cheaper energy prices for consumers as a result of competition in a free market.

The desire by Montana Power to deregulate the industry in the Treasure State also seemed curious because the company seemingly had the perfect situation in place for itself and its stockholders; the stock was reliable and provided a generous rate of return. Many of those stockholders were company employ-ees and Montana residents. Montanans as a whole also benefited from a relatively reasonable power bill in the mail, even though the Public Service Commission operated under the shadow of the power company; Montana Power did have a virtual monopoly on the energy supply in the state. But not everyone was satisfied.

CBS 60 Minutes’ Steve Kroft reported on the nationally televised program in 2003 that “The only people not satisfied with the arrangement were the executives at Montana Power.” That’s because they had other plans for the company that seemed at the time to offer a much greater rate of return―the  telecommunications industry. Former Montana Supreme Court Justice Frank Morrison told Kroft that Montana Power had already decided to get out of the energy game when the Montana Legislature convened in 1997. But company execs kept those plans to themselves when Montana Power used its political leverage for what would really be the company’s last power move in the legislature.

“Part of the plan involved going to the legislature and pushing through a bill right at the end of the session, with no deliberation to deregulate power in Montana,” Morrison told Kroft. “They did that, in order to make the generating assets more valuable on the open market. No price limit on selling power in Montana. Therefore we can go out and sell these generators for more money.” Montana Power once again had its way with legislators, and Gov. Racicot signed the bill signaling energy deregulation in the state.

Within six months of the bill’s passage, the company began selling off its utility assets to out-of-state investors like Pacific Power and Light (PPL), which acquired Montana Power’s coal-fired electricity-generating facilities in Colstrip, as well as the company’s hydroelectric facilities. Then Montana Power announced its intention to sell the company’s distribution and transmission systems, and get out of the energy business altogether. These moves by Montana Power came as quite a surprise to stockholders invested in the company, since they were made on the advice of the company’s New York investment banker, Goldman Sachs, without consulting the stockholders.

“Everybody was stunned,” longtime shareholder Marjorie Schmechel told Kroft. “I mean, the shareholders that I knew were stunned. The employees that I know said that that came completely out of the blue to them.”

What was once Montana Power morphed into Touch America, formerly a telecommunications subsidiary of the utility company. Company execs and Goldman Sachs saw more money in fiber optic cables than electric transmission lines, but when the Tech Bubble infamously burst as the 21st Century was ushered in, stock that was once worth $65 plunged to 30 cents a share. But Montana Power/Touch America CEO Bob Gannon and three other company execs ended up with a $5.4 million dollar payout, just days after Touch America announced a second-quarter loss of $30 million dollars. It was a sad end to the story of Montana Power.

While the dams and coal-fired operations went PPL’s way, Montana Power’s thousands of miles of transmission and distribution systems, both gas and electric, were sold to NorthWestern Energy (NWE) of South Dakota in the late ‘90s.  NWE also acquired PPL’s Montana dams and hydroelectric facilities last year. And if Montana’s 2015 Legislative Session is any indication, NWE seems as closely intertwined with state government as its predecessor monopolies. 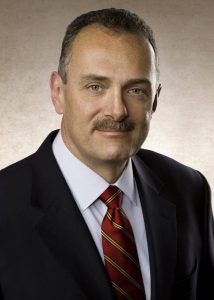 “But now, instead of a copper collar around our neck, it’s a copper wire leash,” Rep. Art Wittich (R-Bozeman) told the Pioneer in February. Wittich was referring to NWE’s virtual monopoly on supplying energy to Montana, and the corporation’s successful lobbying efforts against net metering expansion this legislative session. He and Sen. Mike Phillips (D-Bozeman) both sponsored bills aimed at expanding alternative energy in the Treasure State this time around, but by the halfway mark, six utility-related bills before the legislature, including those aimed at increasing alternative energy, turned up dead in the water. NWE opposed all six bills. NWE’s director of government relations, John Fitzpatrick, lobbied on NWE’s behalf, and most lawmakers went along, in effect further cementing NWE’s partnership with Montana government.

Fitzpatrick has now represented NWE during the last seven Montana legislative sessions. The Bozeman Daily Chronicle reported that “Fitzpatrick picked apart Phillips’ ‘Neighborhood net-metering’ bill” during hearing in the Senate Energy and Telecommunications Committee this session, claiming that net metering only helps Montana residents living in “silk-stocking districts.” Fitzpatrick went on to state that folks like Ted Turner and Bill Gates, or entities such as Walmart, Costco, or Bozeman Deaconess Hospital, would be the only beneficiaries of an increase in the net metering cap. Phillips told the Chronicle that Fitzpatrick’s comments consisted of “Hype, misinformation and half-truths,” but his bill, and others related to net metering, never made it out of committee.

“NWE came in and strongly opposed these [net metering] bills,” Wittich told the Pioneer in February. “It was a full-out lobbying effort. It’s really unfortunate. We are looking into the rear-view mirror [regarding alternative energy in Montana], instead of looking forward through the windshield.”

Another local legislator, Rep. Tom Woods (D-Bozeman), agrees with Wittich regarding NWE’s lobbying power in the legislature. Woods sponsored two bills this session aimed at reforming current laws that benefit NWE more than Montana energy consumers. One of Woods’ bills was aimed at eliminating the current “tax tracker” law allowing energy companies to pass their property taxes onto customers without the Public Service Commission’s prior approval. Woods’ other bill would have ended a somewhat sweetheart deal NWE has, that allows the company to keep on charging customers for a failed power plant. Woods’ bills were supported by the Public Service Commission and a non-partisan Consumer Counsel maintained by the Montana Legislature; both bills died in committee.

Both Woods and Wittich had in mind blasting their bills out of committee for a full House vote, a move Wittich abandoned but that Woods went ahead with, even though he did not have the backing of the Democratic leadership in the House regarding the matter. When the vote was taken, Woods only received 41 of the 60 votes needed. He told the Chronicle NWE was able to successfully sway nine Democrat legislators’ votes in Butte, Anaconda and Great Falls, “where NWE has a large presence.” Wittich told the Pioneer in February that he also believed NWE had considerable legislative leverage in those cities.

Fitzpatrick discounted NWE’s company’s political power, claiming the idea that he was able to exercise political leverage on legislators was “ridiculous,” but there can be little doubt that NWE’s state-sanctioned monopoly over Montana’s energy supply was reaffirmed by Montana lawmakers in the 2015 legislative session.

Editor’s Note: Ask yourself, where do mono-polies come from? In the United States, the strongest and the most important monopolies are unquestionably those that derive from governmental privilege … Big government produces big business, in part, rather than the other way around.  ―Nobel Prize Economist Milton Friedman