You are here: Home / Archives for UFO 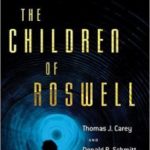 New Book Details a Montanan’s Connection to Roswell UFO Crash BY J. CAREY & DONALD R. SCHMITT Children of Roswell Wake up, Jesse. Wake up, son. Your dad wants to show you something.” Coming out of a sound sleep, 11-year-old Jesse Marcel, Jr., tried hard to adjust his eyes to the darkness. He tried even […] 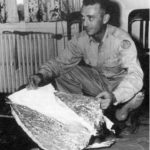 BY BRIAN D’AMBROSIO 02/03/16 On or around July 1, 1947, something reportedly crashed in the Corona, New Mexico desert. After word of the wreckage circulated, Major Jesse A. Marcel, an air force intelligence officer for the 509th Bomb Group, stationed at Roswell Army Air Field, and two Counter Intelligence Corps agents surveyed the area. Marcel […] 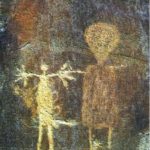 Ancestors in High Places BY DAVID S. LEWIS For propriety’s sake, we will address the Native American Star People legends, what might be termed the folklore traditions of various Indian tribes, of having been in contact with extraterrestrials, or as being their ancestors, as a study of human societies and cultures, as anthropology, so that […]

A Former Teton County Sheriff’s Investigation of the Unexplained 05/12/15 BY PAT HILL Retired Sheriff John “Pete” Howard of Choteau. Mont., served as Teton County’s chief law enforcement officer in the 1970s. He now serves as Justice of the Peace in that small town northwest of Great Falls on the Rocky Mountain Front. His unusual […]