You are here: Home / Archives for Jim Harrison

Weeks Before His Death, Preoccupied With Life BY BEN GOLDFARB In March 27, 2016, Jim Harrison died at his home in Patagonia, Arizona, a final poem left unfinished on his desk. Some writers leave too soon; others, like Harrison, depart when they’re good and ready. He had lived hard, first in Michigan and later in […] 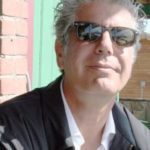