You are here: Home / Archives for Jamie Redford 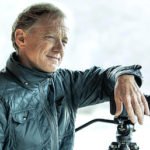 BY MARIA MACVEAN Filmmaker Jamie Redford Storytelling runs in James Redford’s blood. The documentary filmmaker grew up watching some of the best American movies come together thanks to his father, Robert Redford. Through his dad’s involvement in various film projects, James, who goes by Jamie, learned how stories are told, and what motivated his father […]