You are here: Home / Archived Stories / The Art of Doing Nothing 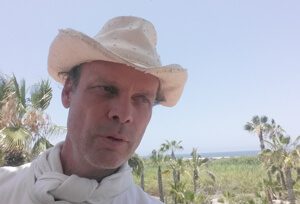 Technology, like never before, offers us new ways to decompress. We can take our work on the road, pack a virtual office in a carry on, work in the mountains or by the sea, be highly mobile and flexible in the way we make a living (depending on your line of work), thanks to technology and the entrepreneurs who produce it, thereby helping us to get away and relax.

Close to home, you can park your outfit lakeside or pitch a tent and take a vacation you other-wise could not have, while staying connected. Running an enterprise like this one, I can open a window onto my desktop from almost anywhere in the world, accessing files and contacts remotely, or take work with me in a laptop. From there, having  attended to business and packed a lunch, I can hop into a sea kayak and get even farther away—to some tropical island in a forgotten archipelago known only to the neon fish undulating through its adjacent reefs (as they pause to take note of my snorkeling gear, otherwise paying little mind).

Recently, I holed up in a seaside casita in Mexico, near El Pescadero on the Baja peninsula, a remote stretch where you see another human being pass by every hour or two (if at all), occasional surfers lurking behind the breakers, or villagers with nets throwing the fish they catch into a five gallon bucket. Usually, there’s no one in sight, yet if you’re hard up for action you can head down to Serritos—a beach bar and restaurant three miles away—for music, margaritas, a mountain of ceviche for just a few bucks, and not much English.

A tip from a friend in Livingston  had sent me on my way. I soon found myself in a lush oasis, a palapa roof over my head—iPad and Android at the ready, though I did  my best to avoid work of any sort.

The task at hand, at that point, was managing the appropriate timing of sun and shade by means of a Tommy Bahama umbrella in the surprisingly mild climate, as I  worked on my tan. Call it a Tommy Bahama tan, in that the brand adorns everything from rum to sunglasses. And note the degree of inactivity required to get one, all the more pronounced by the fact that my ambition down there was to have no ambition at all, maybe “read” a book while gazing at the emerald sea, a feat accomplished by listening to an audio book on an MP3 (turning pages would have been too strenuous), all day if need be, with occasional walks in the surf, frequent swimming, and no other concern than lunch or dinner depending on how long all that doing nothing took.

One event of the day was a sea turtle washing up on shore, driven by the magnificent and constantly pounding surf, the vertical drop of which along the Baja coast entices surfers and drowns the senses day and night (with windows open to the sea), an omnipresence that seeps into your bones and swallows your mind until it’s a part of you that you don’t even know is there—a formless, omnidirectional washing machine churning without pause inside your psyche, displacing all concepts.

After several days of fluid white noise, there’s nothing left to wash. Thoughts dissolve into nothing, as they should, the way you came into the world with no care or agenda—just food, sleep, and the recent memory of being in water, a newborn.

Doing nothing, it’s worth saying, is worth doing. It’s a lost art. Everybody thinks they need to be doing something (and be someone). All the while, it may be a disease of the mind, an inability to sit contentedly and appreciate the world, to simply be and not think about the next moment or hour. We’ve plenty of time to prove the work ethic. It’s not about that, though for balance one  may necessitate the other. It’s the habit of working and knowing nothing else that’s the issue; but what if for a prolonged stretch of time the closest you got to work was bodysurfing—a walk, a sandwich.

Of course, doing nothing in the shade of a Tommy Bahama umbrella (with forays into the surf, and  to see what the villagers had caught in their nets) comes as doing nothing in the most ideal and beautiful of circumstances (and that’s something). The breakers there roll shoreward like huge tubes of liquid emerald, literally, and they drop and pound with vertical force, hundreds of tons, the effect of which after a week of blended, soothing pounding is that musculature and mind thoroughly decompress, becoming jelly-like, the consistency of three-day-old ceviche.

That was June, and it’s already September. I will return, and actually have, sort of, working remotely again, just a different ocean, a different coast, where the sun rises rather than sets over the water, and it’s raw oysters instead of ceviche, speaking of consistency (with a double meaning), another chance to do nothing on the outskirts of another town in another world with no resemblance to El Pescadero except sun, sand and salt water.

Yes, spent another two weeks “working” remotely. Again, it seemed to work out (the kinks). Those of you who called, texted or emailed never knew I was gone.

Don’t envy me—assembling these pages, I’ve plenty of work to do, just no problem doing nothing at all.